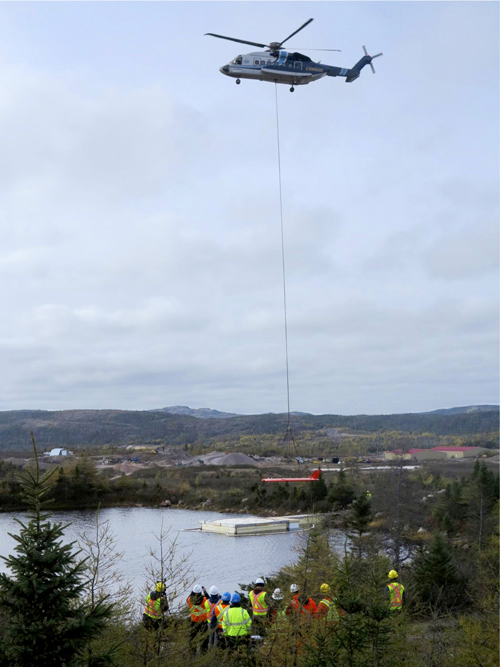 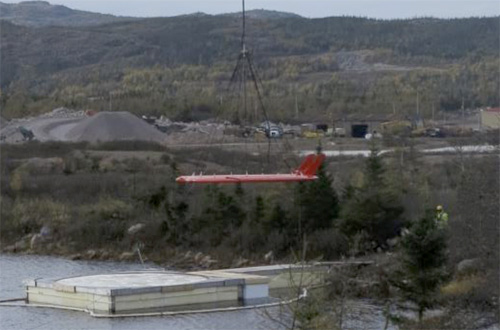 An NMR system was developed to detect the presence of leaked or spilled oil trapped under persistent sea ice in the arctic regions. The system uses the extremely uniform earth's magnetic field and the constructed hardware consists of a 6-meter diameter pre-polarization and rf coil that is placed on the ice surface by a helicopter. The detection takes place while the helicopter hovers nearby for ~3–4 minutes after which the coil is moved to a new location. The system is able to detect small amounts of oil in the presence of large amounts of water under one meter of ice.